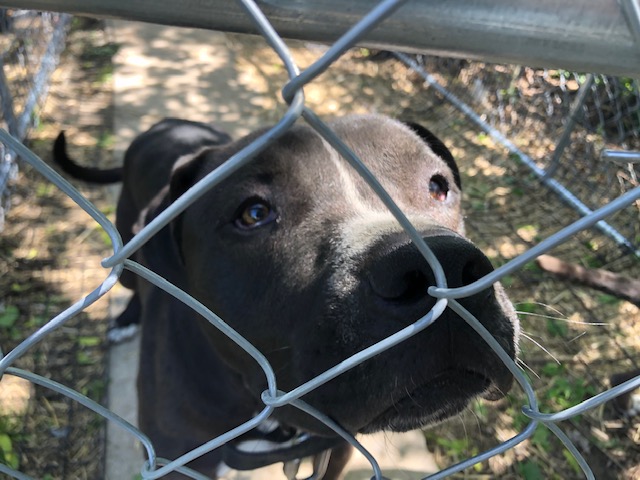 Robert got Diamond and Kapone for safety after his home was broken into. He was chaining both dogs on the side of his yard and bringing them in at night and in cold weather, but the dogs were living most of their lives on chains, apart from each other.
Robert called FIDO to get help with flea preventative and other supplies. Both dogs were already spayed and neutered

so we talked with him about FIDO assisting with an enclosure, and he liked the idea. 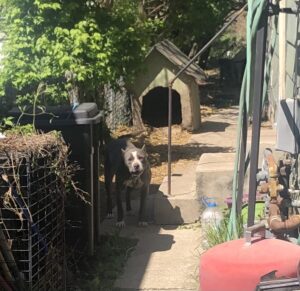 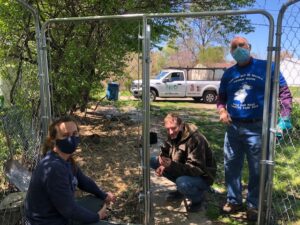 When we arrived, both dogs were barking and not too friendly toward us. Kapone was on a really short chain because he had tried to jump the existing 4 ft fence. Robert put them inside and to work we went, installing 6 ft panels all along the side of his house into part of his backyard. When Robert released the pooches in their new, nicely shaded digs, you could see a difference. While they were still protective of their area and their person, they approached us much more relaxed and with tail wags.
Now Robert has his side door enclosed for increased safety, and convenience for letting the dogs in and out. Diamond and Kapone are rid of their chains, free to run about and actually much more capable of keeping Robert and their home safe by being closer to both.
Share this post
Share with FacebookShare with TwitterShare with LinkedInShare with WhatsApp
Go to Top