The Magic of the Chip 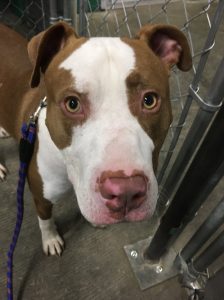 Neighbors from our Brookside target neighborhood showed up at our door with a big sweet pooch they had found running loose in their neighborhood.

We noticed that he was neutered and so we were hopeful that he was also microchipped. Voila, he was! From the Home Again microchip service, we learned his name was Dagwood and we called the first phone number associated with his chip.

Voila again! Kenya answered and when we told her that we had her dog Dagwood, she could not control her joy and excitement. Dagwood had been missing for 4 months and from 5 miles away. If only Dagwood could talk and tell us about his adventures. He was in surprisingly good shape for being gone that long. Likely, someone else had taken him in?

Within a half hour, Dagwood was reunited with his family. At first, he wasn’t so sure who they were. But then it all came back to Dagwood and he went off the rails with excitement, as you can tell by his blurry tail in constant motion.😀